Costa Mesa Pony Baseball offers intermmediate play for ages 13-14u in the fall/spring for kids coming out of Little League and seeking to prepare for high school baseball (54/80 Field Dimensions).

In summer/fall we operate Costa Mesa Mayhem for high school level players 15-18u who seek to continue working on their skills and further prepare for their next level of play (60/90 Field Dimensions). 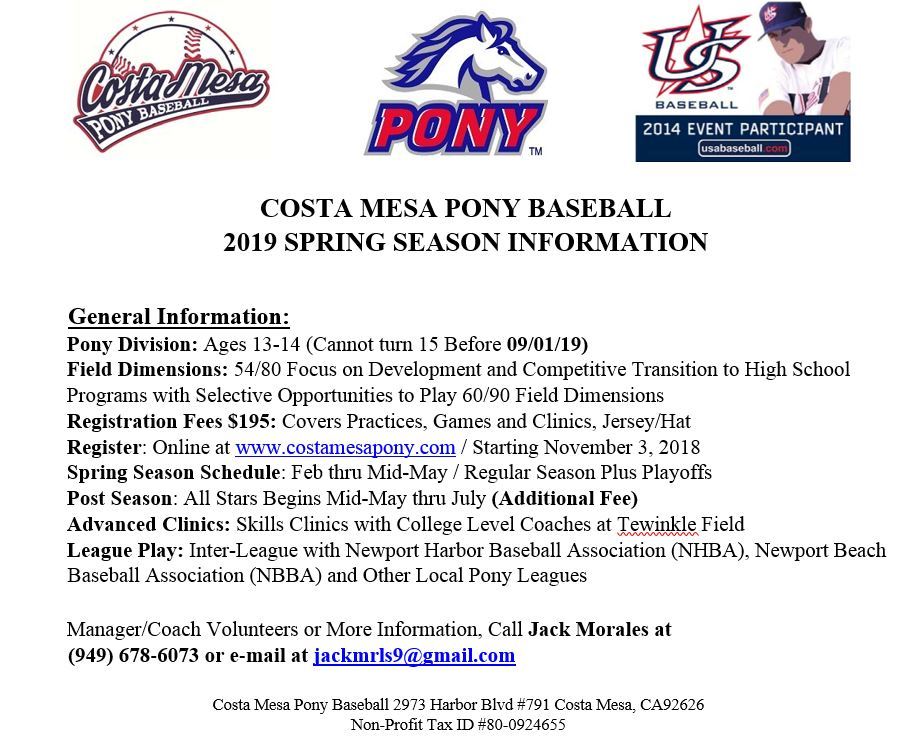 PONY National is Changing Some Rules

Why:  PONY national is changing their birthday cut-off from April 30th to August 31st.  This rule change goes in effect January 1st of 2018. However, Irvine PONY will implement this change for the fall 2017 season, as fall baseball is designed to be a developmental season that prepares players for the level and rules they intend to play in the spring season.  That means, several players may skip a level within our league for one season. As PONY is such an influential body, many leagues have or will be followed suit and adjusting their age cutoff as well.  This age cut off better aligns with the completion of the spring season (All-Stars) and the school cut-off ages as well.  Simply said, those players with summer birthdays will become the younger players on the team vs. the oldest ones.

BATS
In conjunction with USA Baseball and its other participating national member organizations, PONY Baseball has adopted the new USA Baseball bat standards (USABat).  Effective January 1, 2018, with the exception of -3 (BBCOR certified), all other minus factor bats (-5,-7,-9, etc..), must be YBBCOR certified with the USABat licensing stamp on the bat in order to be used for league and all-star play.  All bats without this stamp will be illegal and not be eligible to use during league play.  The new YBBCOR bats bearing the USABat licensing mark are expected to be offered in retail stores in September.

To find out more about the USABat standard click here.

Why:  Safety. USA Baseball's national member organizations believe that a wood-like performance standard will best provide for the long-term integrity of the game. These bats are made to mimic wood bats, lessening the "pop" factor and thus, reducing the potential injuries from hard hit balls, especially come-backers to pitchers. 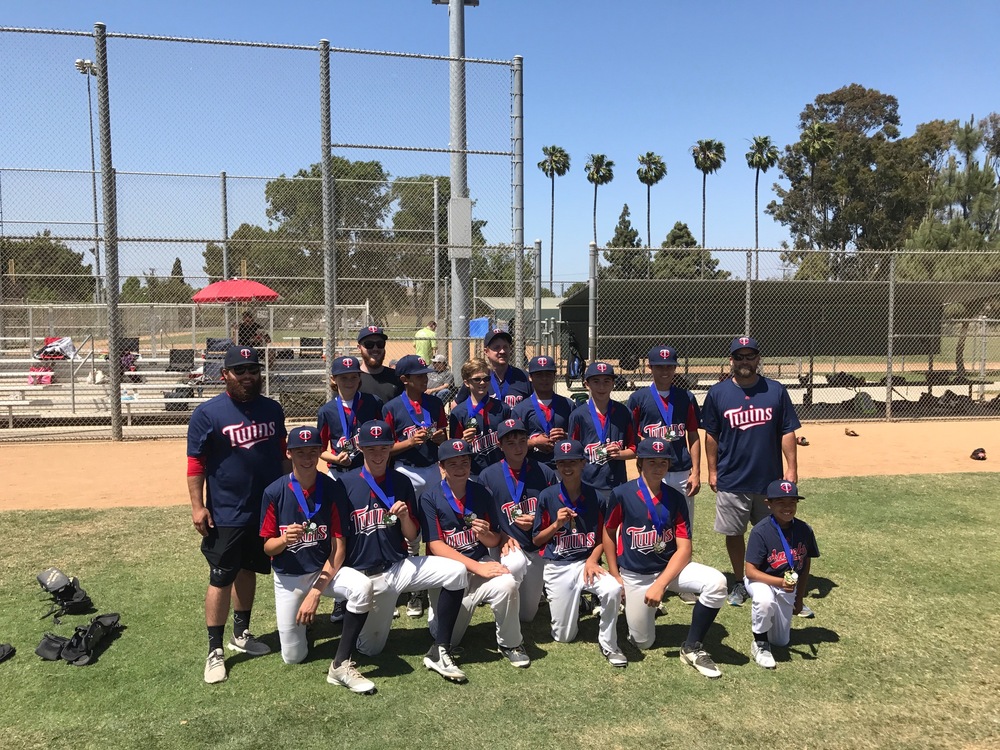 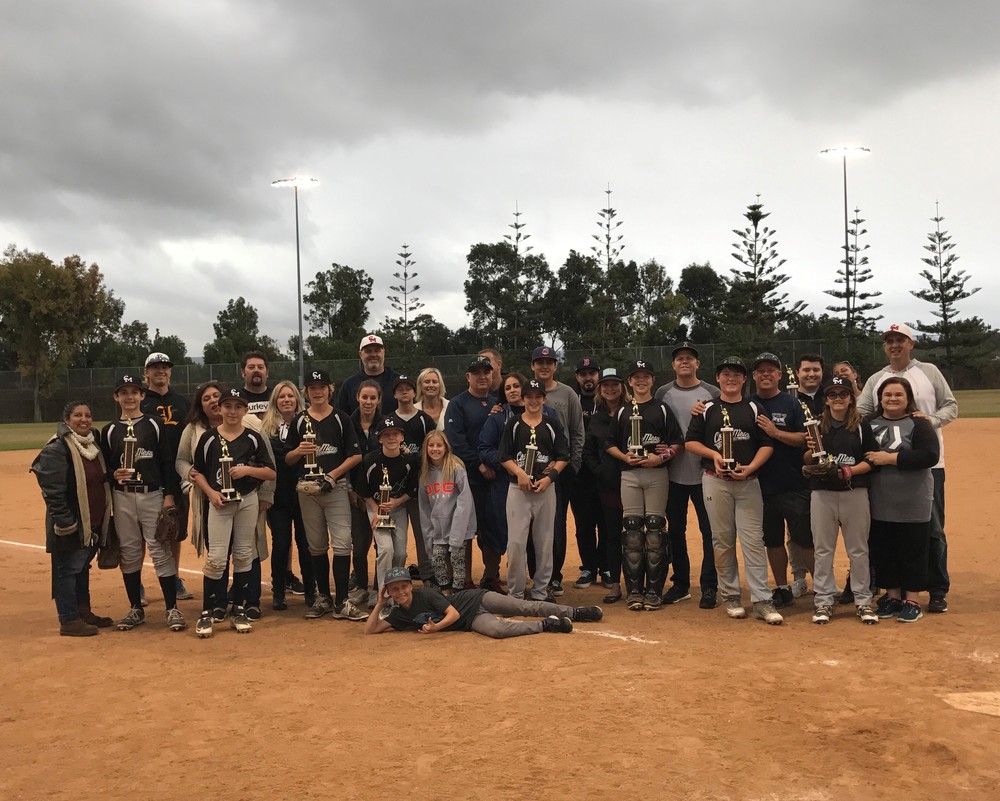 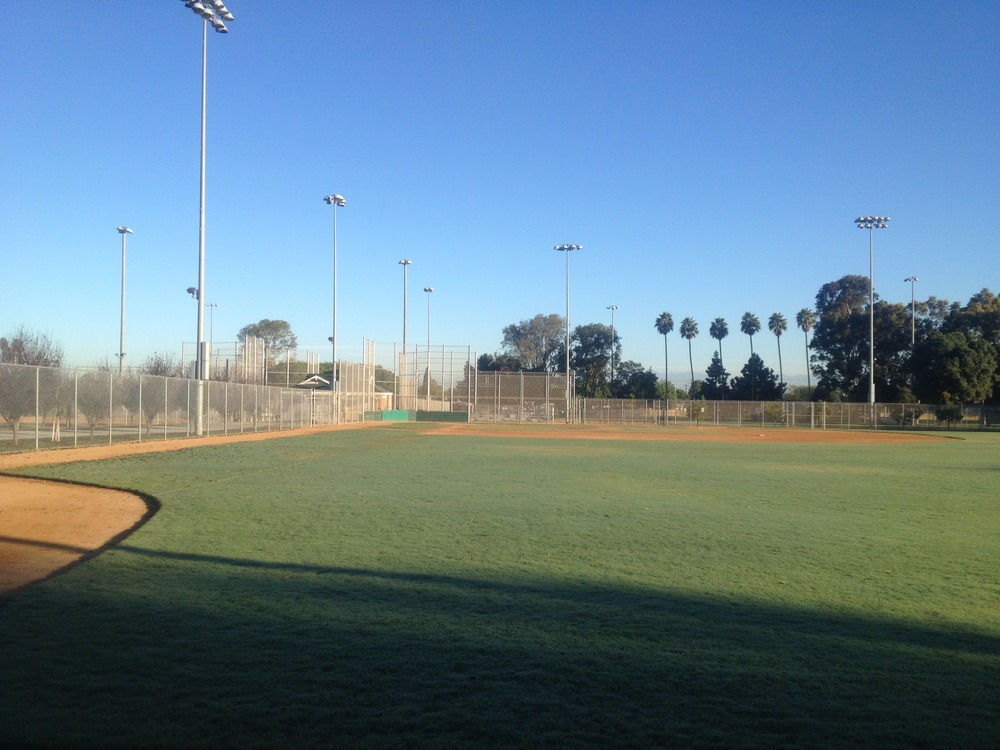 Thank You For Your Interest in Costa Mesa Pony Baseball

Pleae come back and visit again soon for more updates. 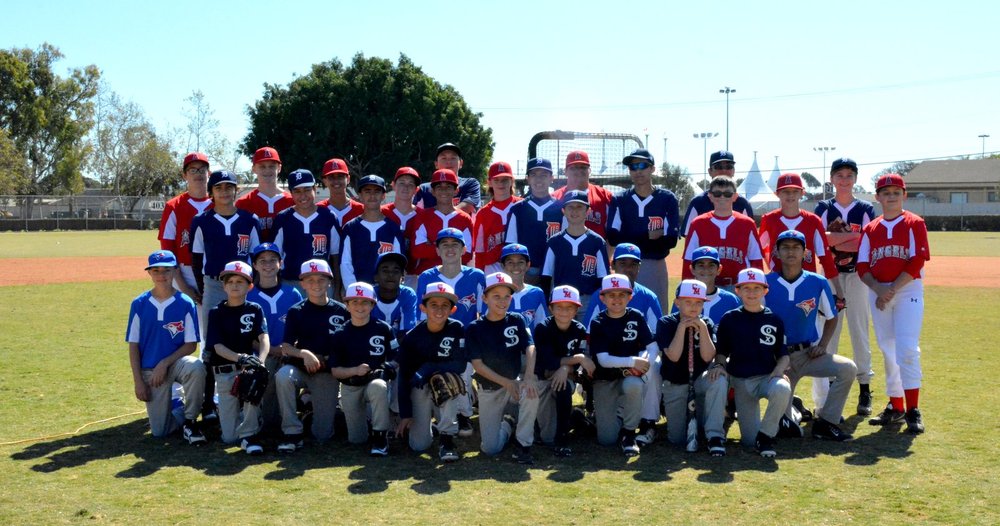 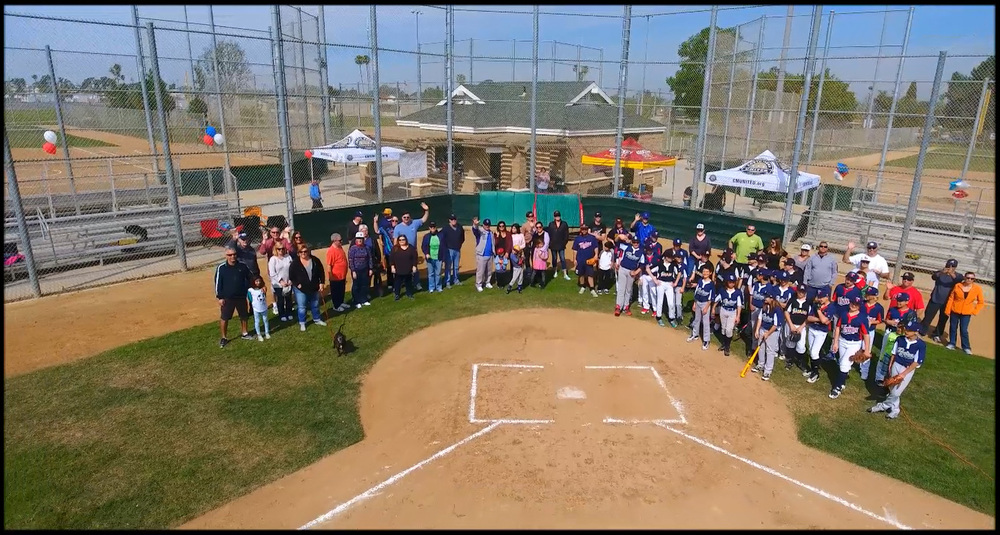 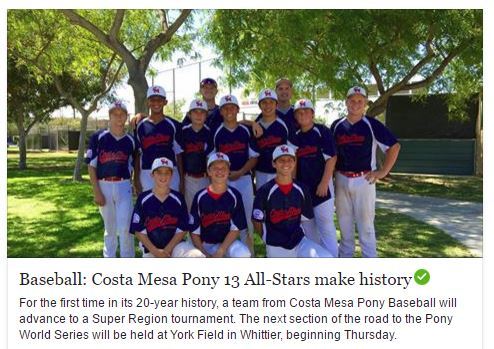 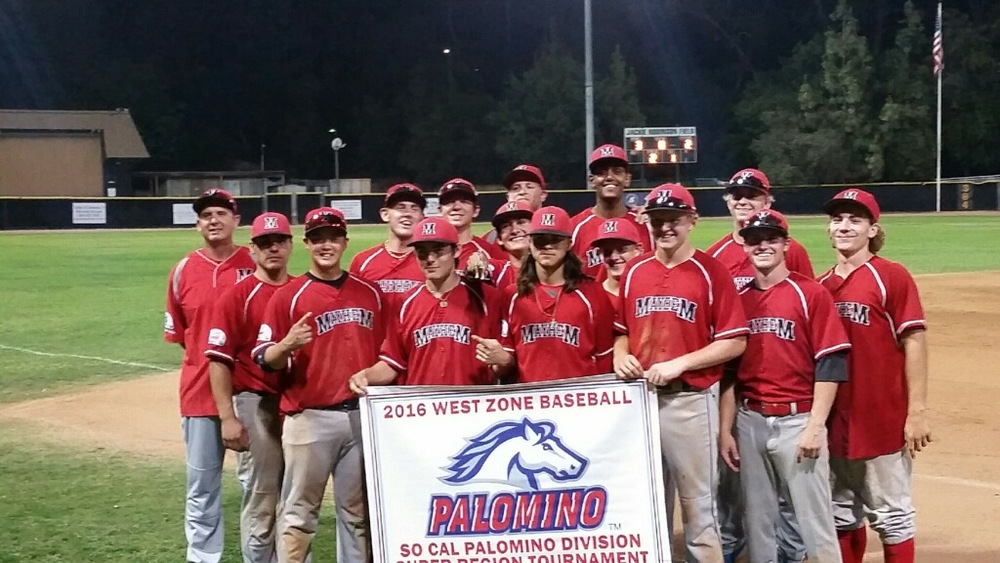 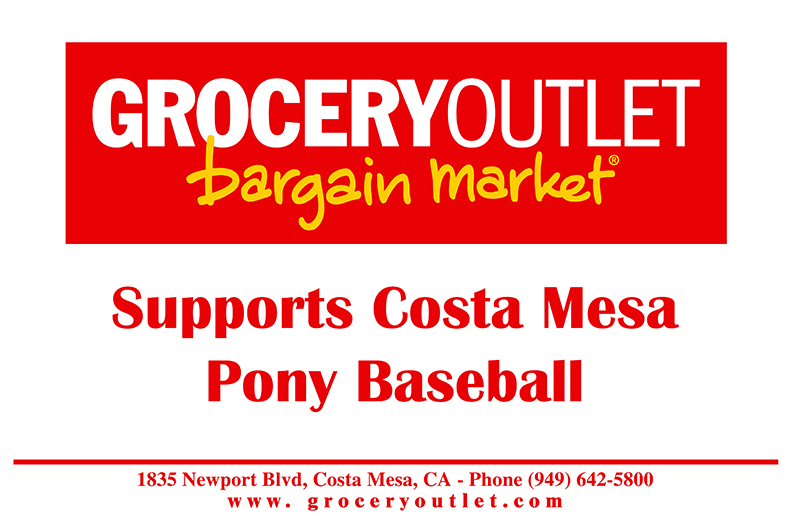 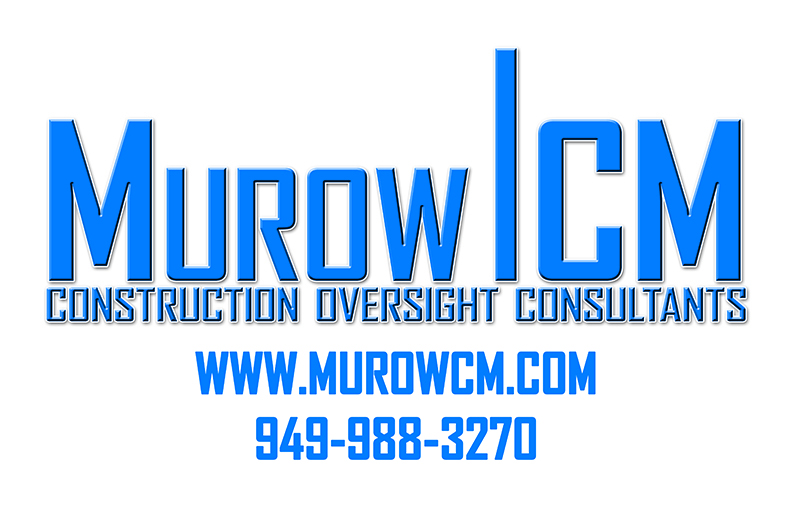 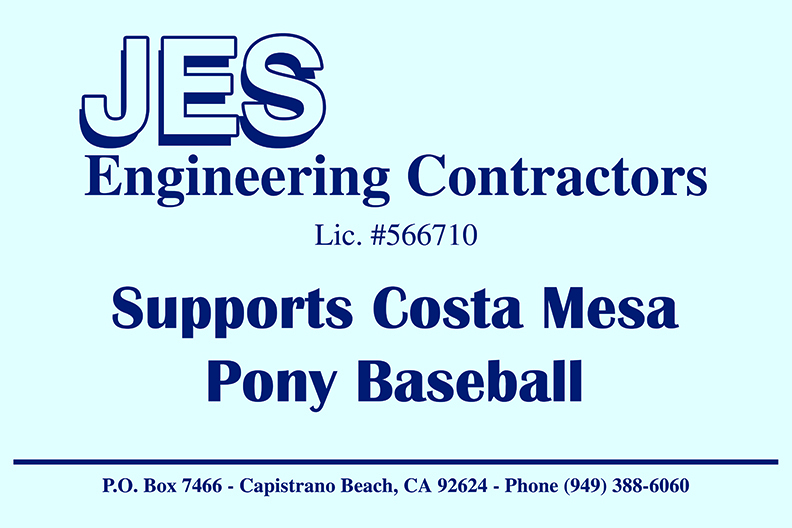 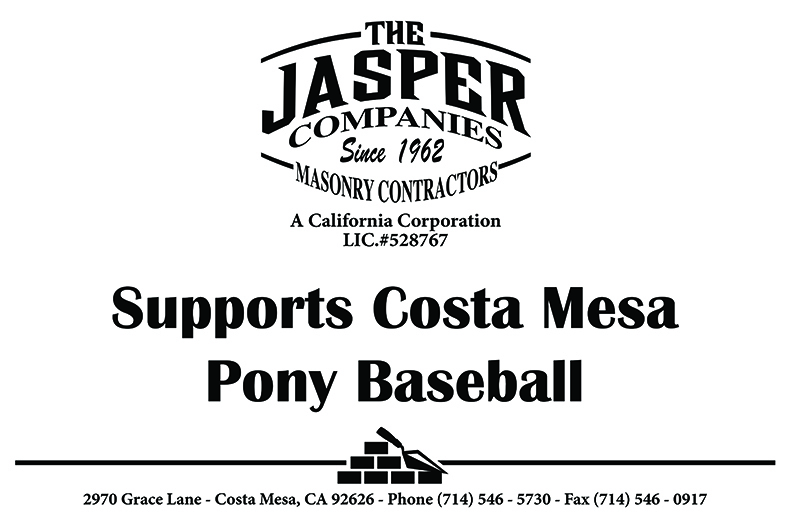 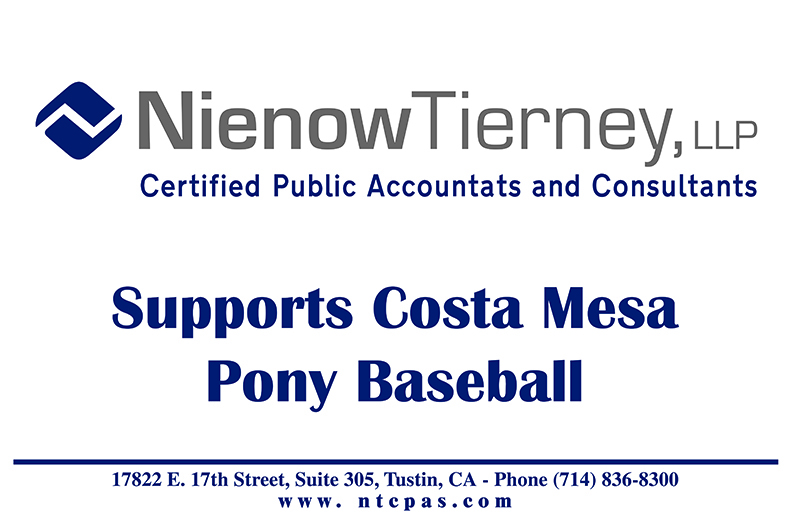 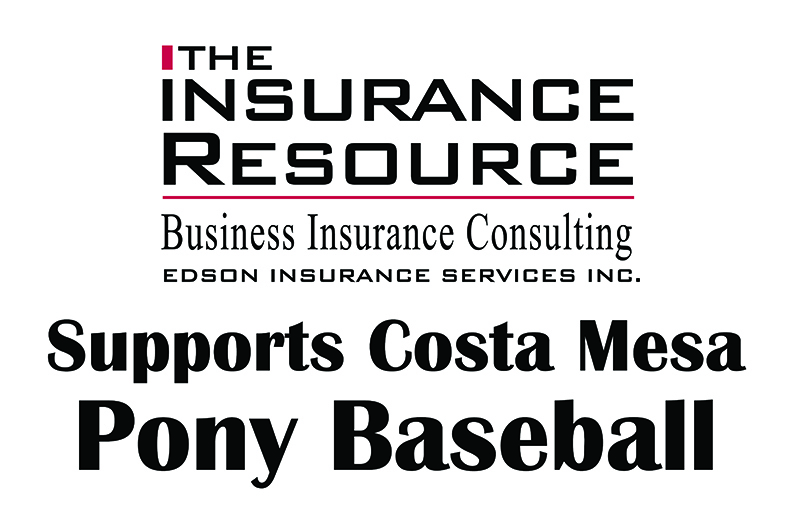 Mud Line for City of Costa Mesa is (714) 754-5041, Opt.#1. Please make sure you call ahead of any events that may be affected by inclement weather conditions.